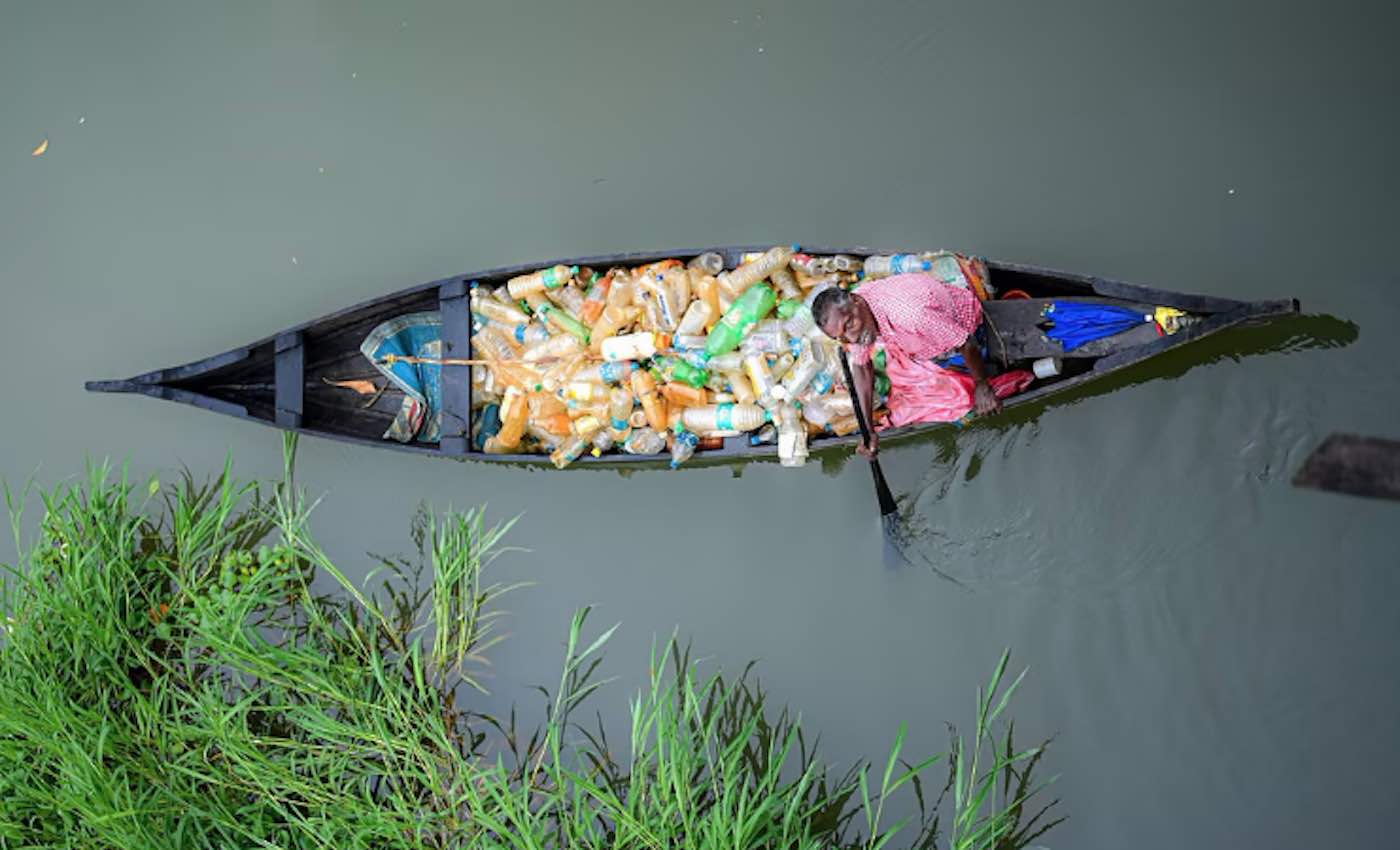 A passion for photography has always possessed this young engineer from Kerala, India. Now he knows there was a purpose, after a photo he took while walking around his village ended up changing a man’s life and getting a shout-out from India’s prime minister.

Carrying around a rented camera searching for stories, Nandu Ks found nothing very interesting until one day he came to a bridge.

“I noticed a man rowing a boat and collecting something from the river,” Nandu told GNN.

The old man was N. S. Rajappan, and he’s been plucking plastic bottles from the river for years to earn a meager living. Paralyzed since the age of five when he was struck with polio, his daily routine has kept the waterways of Vembanad Lake clear of plastic—all from the seat of his small boat.

Without crutches, the 69-year-old would drag his legs a short way down the riverbank to the Meenachil River, after which he was free to wander the waters in search of bottles. 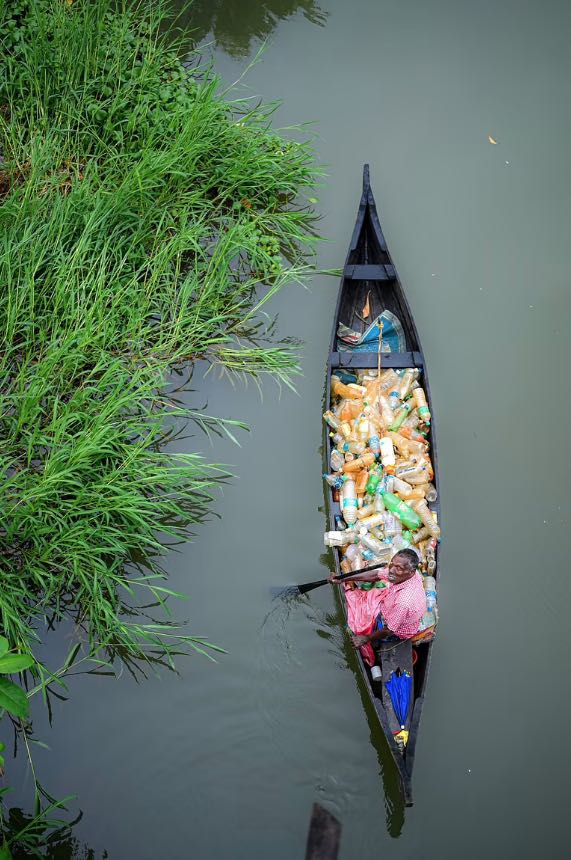 From the bridge that day, Nandu witnessed people throwing bottles into the river, while underneath a smiling Rajappan scooped them up.

Filling his boat with plastic only earns him about Rs 12 (17 cents), but it’s enough for a meal—and it’s satisfying to know he is helping the environment.

“Somebody should remove the waste from the water… I am doing what is possible for me,” he told a local news outlet.

Nandu uploaded his story and photos to his Pro Media Facebook page, and people began retweeting it, including the UN Environment Program chief Erik Solheim, who suggested, “Let’s make this guy famous.”

The Indian Prime Minister, himself, Narendra Modi, then commended Rajappan’s efforts during his monthly radio address. “I have seen news from Kerala which reminds us of our responsibilities,” he said, telling his listeners the story. “Imagine how highly he thinks! We must also take inspiration from him and contribute towards cleanliness as far as possible.”

Afterward, the story went completely viral, and inspired Indians to send gifts to the elder worker.

RELATED: Volunteers Remove 9,200-lbs. of Trash From One of the Dirtiest Rivers in the US

He’s been rewarded with a new motorboat, courtesy of a local businessman, and plans are in the works to build him a little home to replace the riverside shack that had been severely damaged in a storm.

Best of all, a Bangalore-based company making wheelchairs has given him a heavy-duty motorized wheelchair.

“With support coming in from thousands of people, both financially and morally, I could see his life changing,” Nandu said.

And all of it happened because of one photograph.

“I always wondered what it felt like to follow your passion, but never knew its true feeling till the day I met Rajappan chettan (brother Rajappan),” Nandu says.

“I went to him and showed him the photo I clicked. He smiled at me—and then I knew what it meant to be a photographer.”

The two have become good friends, and Nandu’s family invited him to dinner to show him the TV news segment featuring his good works. (See the video below.)

“It takes a photographer to be at that moment and make that picture happen for the world to know the story.”

SHARE This Incredible Example on Social Media to Inspire Your Friends… 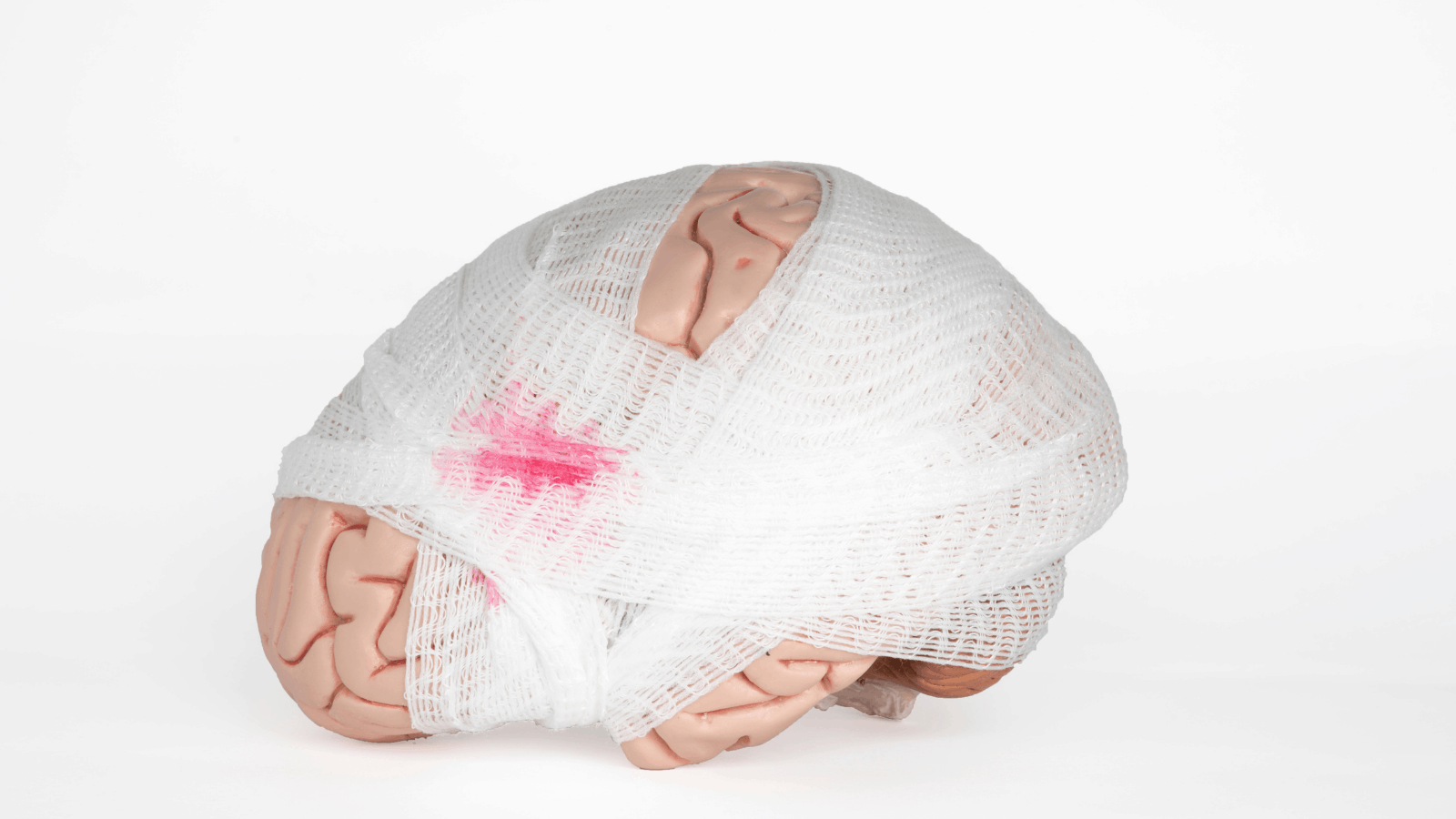 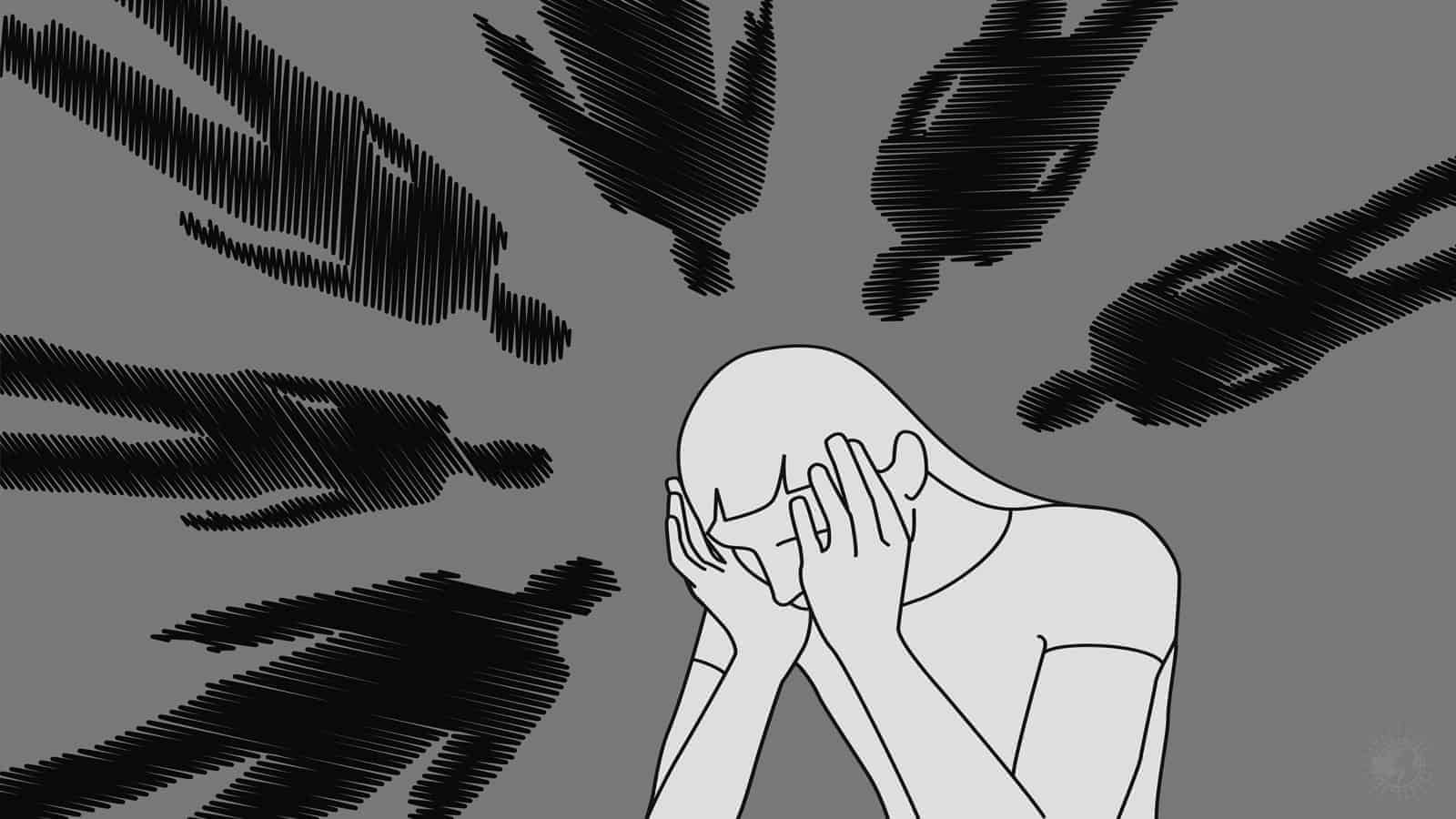 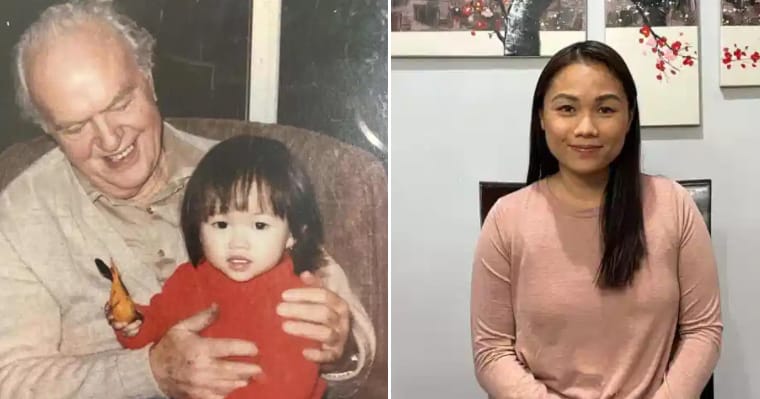 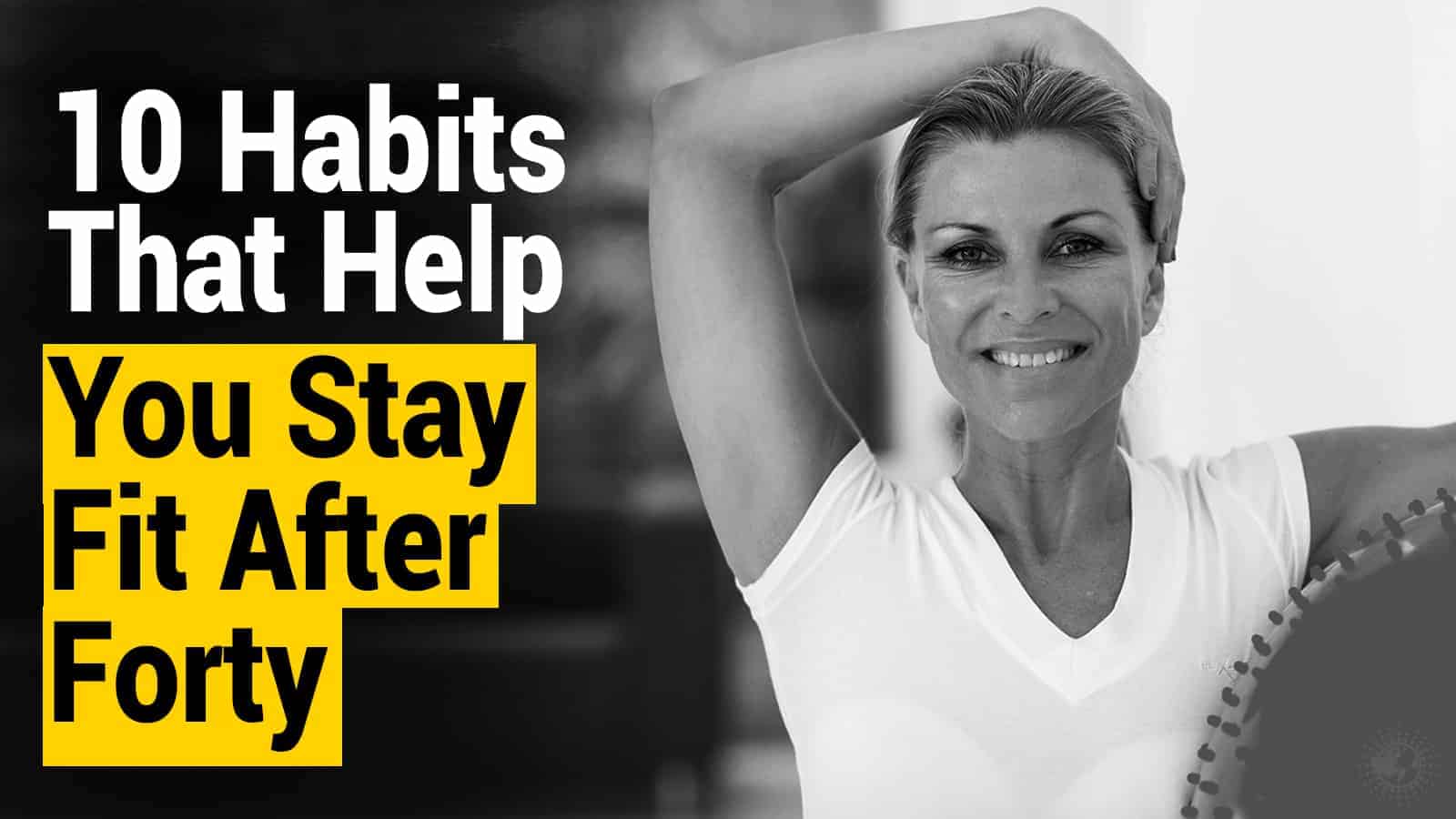